A joke is a very serious thing –
Winston Churchill

If asked, most people would tell you they have a good sense of humor.  No one wants to be known as humorless.  It would be a rare thing to have someone inform you, “Just so you know, I have no sense of humor, so please do not try to amuse me”.  Maybe airport security could get away with this, or a judge in a criminal trial, but that’s about it.

Most likely, you’ll get a good hint about their ‘humor quotient’ when they say something like, “I love a good joke as much as the next guy, but…”.  WARNING!!  This person does not have a good sense of humor!

I think I have a good sense of humor, and I enjoy sharing this gift with others when I can.  I don’t know if anyone else thinks I’m funny, but I do, and I make me laugh, so that’s as good an endorsement as any.

My style of humor tends to be more along the quick comeback or sarcastic genre, and not so much the well thought out, detailed joke type.  Frankly, my attention span is too short for that anyway, and I’m not a really deep thinker either, as you can tell by my previous blogs (you can laugh here if you like…).

There are some challenges, though, when it comes to humor.   The first is timing – especially if you’re the quick comeback type, timing is everything!  You can’t have a witty comeback the next day.  Calling up your buddy the morning after and saying “That’s not a duck!” somehow loses its edginess.

The other key ingredient is knowing your audience.  This has been my ‘growth’ area in the humor learning world.  A great joke can crash like the Hindenburg if it’s told in the wrong social group.  It happens to me pretty regularly.  Picture this: My wife’s family reunion.

Let me set the stage – she comes from a small farming community, and everyone in this community is related.  I mean EVERYONE!  There are usually well over 100 uncles, aunts, cousins, and other related types at this annual event.  I can never tell them apart.   Anyway, many of her uncles are farmers – good, hard working, soul of the earth type people.  I come from the city – no earth, no soul.  We have nothing in common except my wife.

While standing around a hay wagon, I was trying to keep up with comments on the ‘JD 1000-S’ model tractor.  There was silent break in the conversation – deadly to the quick-witted. I decided to jump in and tell a farming joke – the only one I knew.  Perfect for this audience right?

“There’s a salesman driving through the countryside, when he passes a farm and sees a pig standing in the field.  The pig has one wooden leg.  Curiosity gets the best of the salesman, so he turns around and pulls up to the farm house.

The farmer comes out to greet him, as any friendly farmer would.  The salesman says, ‘Sorry to bother you, but I noticed you have a pig out there with a wooden leg‘.

‘Yes!‘ says the farmer. ‘That’s Arnold.  Arnold is no ordinary pig.  Last summer, I tipped the tractor on a boulder over in the north field, and it fell on me. I was pinned and would have died out there, but Arnold heard my screams, and alerted my neighbour to come and help get the tractor off of me’.

The farmer continues, ‘That’s not all! This past Christmas, me and Ma were sleeping, when a fireplace log rolled out and onto the carpet.  The whole living room was starting to burn.  Arnold smelled the smoke from out in the barn and busted out, making a heck of a racket.  It woke us up, and we were able to put out the fire.‘

‘That’s amazing!’ says the salesman.  ‘But, I have one question for you; ‘Why does Arnold have a wooden leg?‘

Crickets.  Not one of them even smiled.  I guess this kind of animal practice actually makes perfect sense.  Or, it makes no sense at all – they were all probably thinking ‘what a stupid farmer! Anyone knows that once you start eating a pig, you need to do the whole animal at once!’.

Great timing, wrong joke for the audience.  Que the Hindenburg.

It’s the awkward silence that kills.  It’s like heroin to the quick-witted!  It can’t be resisted.  Something has to be said, and it’s often the wrong thing.

Other times, its when you just don’t know what else to say.  I once had an awkward ‘humor’ moment with my dog’s vet.  Just so you know, my dog is fine, so no nasty replies from the SPCA or PETA, or anyone else who thinks there’s nothing funny about pets, please.

I dropped her at the vet because of a problem with her hind leg.  I asked them to call me later with the results.  The vet called.  I should have known that when it comes to your life-long work, everything about your jobs is serious….I should have known.

The vet assured me that they could do a simple procedure that would cost about $1,000.  All the wind left my lungs.  It was a laugh or cry feeling.  Guess what I did?

I blurted out, as a joke, ‘Sure, but she would be okay with walking on 3 legs, right?‘  You could almost see the Hindenburg floating into view…not the right time or audience  for this kind of quick response.

The funniest part of that incident was that they did do the procedure, but fixed the wrong leg…now I had a dog with 2 unusable legs.  They suggested I put her hind quarters in a sling and walk her around like a wheelbarrow.  Now THAT’S funny!

There was one time that did work for me, even though it was completely off-color and inappropriate.  A group of coworkers and I were tasked with figuring out some prizes to hand out during a large sales convention at a resort.  There were 3 types of social activities:  Golf, fishing, and horseback riding.  Okay, I got this!

Pretty sure one of the guys shot beer out his nose. In the end, our Human Resources manager axed the idea.  Something about sensitivity and appropriateness.  I don’t work there any more.

That’s the trouble with humor – it’s like making home-made soup. No matter the ingredients or the time you put into it, someone is going to spit it out in disgust.

Humor is really about personal taste, and has to be served at exactly the right time and to the right audience.  If not…. 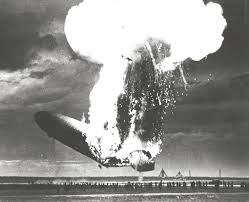 …but it’s ALWAYS worth the risk.

8 thoughts on “The Perils of Humor”